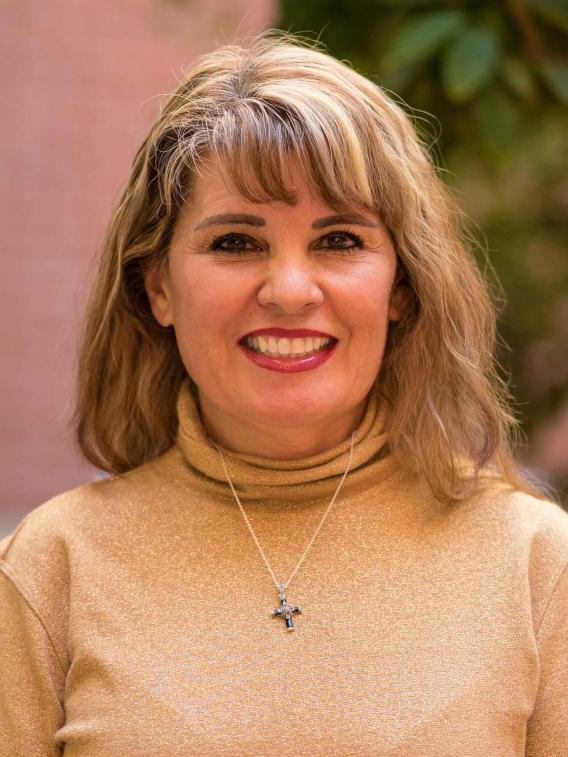 I was born in Sonora, Mexico and  I  grew up in Nogales, Arizona where I graduated from Nogales High School in 1984. Received a scholarship from NAU and earned a degree in Psychology in 1988 and a BSN in Nursing in 1990. I then moved to Phoenix where I lived for a year and worked at St Joseph's Hospital in the medical unit as an RN. I later moved to Nogales and headed the Prenatal program at the Mariposa Clinic in Nogales, Arizona for a couple of years. I later moved to Tucson and was hired as a nurse supervisor in the Medical Surgical unit at Kino Hospital.  It was then I realized I needed to pursue a Degree in a Master's of Nursing and become an FNP. I did not complete that until December 2004 while working at the Bone Marrow transplant clinic at UMC.

After my Masters/FNP I went to work for a Privately owned clinic/urgent car for 6 months. The highly stressful environment was too much and I decided to apply at Arizona Medical Services where I have been in family Practice since 2005. I love the autonomy and freedom I have and the ability to give back to the Universities by precepting and educating future FNP's.

In 2015 I embarked in A Leadership and Management Fellowship at Duke Unversity through a grant from Johnson an Johnson and graduated in 2016. I deveoped a curriculum /guideline to improve diabetic patients quality  measures and was the springboard for my pursuit for my DNP. In 2017 I started my DNP at ASU in the College of Innovation  and Leadership. I plan to graduate May of 2021 with a DNP in Innovation and Leadership and a Cerificate of Teaching and will be taking a certification test through the NLN.

I plan to become a full time faculty in the College of Nursing and continue my pursue to provide the best education experience to graduate nursing students in the family nurse practitioner program.

Interested in Evidence Based Nursing research and global nursing. after my completion of my DNP